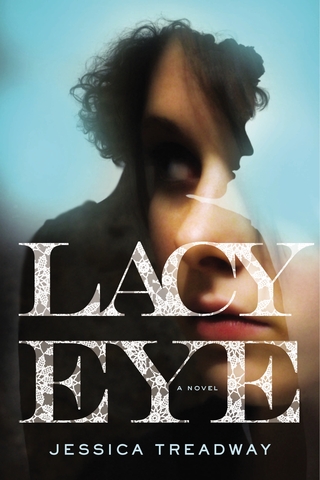 The detective covered his mouth with his fist as he cleared his throat, a habit I’d come to recognize meant he was reluctant to say what he had to. “I wanted to make sure you heard,” he told me. “About the appeal.”

“Appeal?” My arms went slack, and I almost dropped the plant.

“You’re not going to tell me you didn’t know this was up before the court today, are you?” He pointed at the news trucks. “What do you think they’re doing here?”

I shrugged. “I tried not to pay attention.” I didn’t say that I’d purposely left the radio off in my car on the way home – afraid of what it might tell me – precisely because I did know what was going on.

He said, “They granted Petty’s appeal for a new trial.”

I had not heard the name Petty spoken aloud in months. The sound of it made a ripple rise up the back of my neck. “He’s not going to get out on bail, is he?”

“Oh, no. Absolutely not. No way would they give bail for a crime like this.” He squinted in his rush to reassure me, and with a thud of dread in my gut I could tell what was coming next. “But Mrs. Schutt – Hanna – we want to put him away again as much as you do. Well, I shouldn’t say that. Of course you want it more.”

“The police, and Gail Nazarian. She’s worried he might walk this time, unless they can get a direct eyewitness to what happened.”

At the prosecutor’s name, my temples folded in on themselves in a full-blown throb. This had been happening more and more lately, and I knew I’d have to mention it to my neurologist at my next checkup. Quietly, to subdue the noise in my head, I told the detective what I’d told him every other time before. “I don’t know anything more than what I’ve said already. I can’t remember that night.”

After returning from rehab, it took me a month or so to work up the courage to put any of Joe’s records on the stereo. When I did, I played albums that hadn’t held any particular meaning for us – ones that we had rarely if ever listened to together, and nothing remotely classical. In rehab, I had managed to keep myself from breaking down in grief, because I didn’t want anyone else to witness it, and when I got home – precisely because no one else was there, and my emotions scared me – I continued to resist feeling everything I knew lay beneath the visible scars.

But one day late in spring, after a walk with the dog, I surprised myself by deciding to put on Bach’s Mass in B Minor while I made my tea. Almost as soon as the first chords sounded, Abby’s ears pricked and she raised her face in excitement. It was this – the dog’s recognition of Joe’s favorite music, rather than any particular memory of my husband himself – that caused me to burst into tears as the kettle blew.

But it was a good pain I felt that day. I sat on the love seat next to Abby, closed my eyes, and let the music choke me while through the window I felt the sun, weak but steady, struggling to break through the clouds. I felt myself transported, with a rich and wistful sweetness, back to the years during which this house had held us all safe.

“Don’t you understand,” she said, “that that animal convinced her to help him kill you because he thought she had a big inheritance coming? And that’s not even me talking. That’s evidence from the trial.”

She waved my words away before I could finish. “We both know what you meant.”

Though it was a losing battle, I fought on feebly. “You’re forgetting something. She had an alibi. There was no physical evidence, or are you forgetting that, too? Trust me, they wanted to indict her. They were out for blood.” My heart was beating too fast again. “Rud Petty was out of his mind with rage because we caught him stealing from us. He couldn’t get away with his usual act, fooling people into thinking he was a good guy. And he couldn’t allow us to live, knowing what we knew about him.” During the trial and after he was convicted, I’d read books, when I could stand to, about personalities like Rud’s. They described him down to the minutest trait: the charm, the grandiose and unfounded ambitions, the expectation that other people would take care of him, especially financially. And the complete lack of a conscience.

When I look at the accumulated details in retrospect, it couldn’t be more obvious. My daughter fell in love with a madman, and the consequence was fatal.

“I’m worried about you, Hanna,” she said.

“There’s nothing to worry about. And it’s not your business.”

The moment the words were out, I wished I could take them back. From the look on my best friend’s face, I could tell I’d said more than I should have. But it was too late.

HOW WILL I KNOW YOU? (read excerpts here)