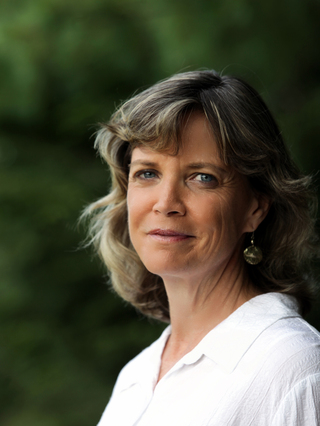 Jessica Treadway is a native of Albany, New York, currently living in Massachusetts. She received her bachelor’s degree from the State University of New York at Albany before working as a news and feature reporter for United Press International. After studying for her master’s degree in the creative writing program at Boston University, she held a fellowship at the Bunting Institute of Radcliffe College and taught at Tufts University before joining the faculty at Emerson College, where she is a Senior Distinguished Writer in Residence in the Department of Writing, Literature, and Publishing.

Her story collection Please Come Back To Me received the Flannery O'Connor Award For Short Fiction and was published by the University of Georgia Press in 2010. Her other books are Absent Without Leave, a collection of stories (Delphinium Books/Simon & Schuster, 1992), and And Give You Peace, a novel (Graywolf Press, 2001). Her fiction has been published in The Atlantic, Ploughshares, The Hudson Review, Glimmer Train, AGNI, Five Points, and other journals, and has been cited multiple times in The Best American Short Stories annual anthology.

In addition to her fiction, Jessica has published essays and book reviews for publications including The Boston Globe, The Chicago Tribune, Glamour, and The Huffington Post. She has received awards from the National Endowment for the Arts and the Massachusetts Cultural Council. A former member of the Board of Directors of PEN-New England, where she served as co-chair of the Freedom to Write Committee, she lives outside Boston with her husband, Philip Holland.

HOW WILL I KNOW YOU? (read excerpts here)